The KVR developer challenge is for anyone who develops music plugins, apps and soundware. The challenge is to develop a brand new free audio plugin, app or soundware that will benefit the community at large. KVR members then vote for their favourites and winners are announced for each category.
The latest challenge was announced in September giving two months to submit entries by 30th November. Voting opens on 1st December and runs until 18th December with the winners announced on 19th December.
This is the sixth such challenge, previous challenges took place in 2014, 2012, 2009, 2007 and 2006. The last two challenges resulted in 92 entries, many of which have become firm favourites which I use on a regular basis. Further information on each of these can be found on the KVR Developer Challenge webpages.
2012 entries included Modulok (drum sample library by WaveShaper); Fusion Delay (Delay / Echo by SonicXTC); KlingKlang random drum hit machine (drum hit rompler by Reusenoise); Minisynth series (hybrid, analogue/subtractive, fm synths by Acrobatics); Softamp 3OD (Vacuum tube guitar pre-amp by AXP); Transient (Transient processor by Sleepytime DSP) and Thrillseeker XTC (exciter / enhancer by Variety of Sound) which won.
2014 entries included Regen (Looper by ToneCarver); Instretch (extreme time stretcher by WOK); Crio (virtual analog/FM/Ring Mod synth by Solcito Musica); Brakeback Mangler (delay / tapestop / reverse effects by WOK); Lokomotiv (retro synth by Archetype Instruments) and Acon Digital Multiply (chorus with modulation by Acon Digital) which won.
What will 2016 bring?
Well it was with some trepidation that I decided to enter a submission in this year’s challenge. I’ve made use out of many previous entries and my entry is driven by the spirit of giving something back to the music community in the hope that somebody can make use of my entry. 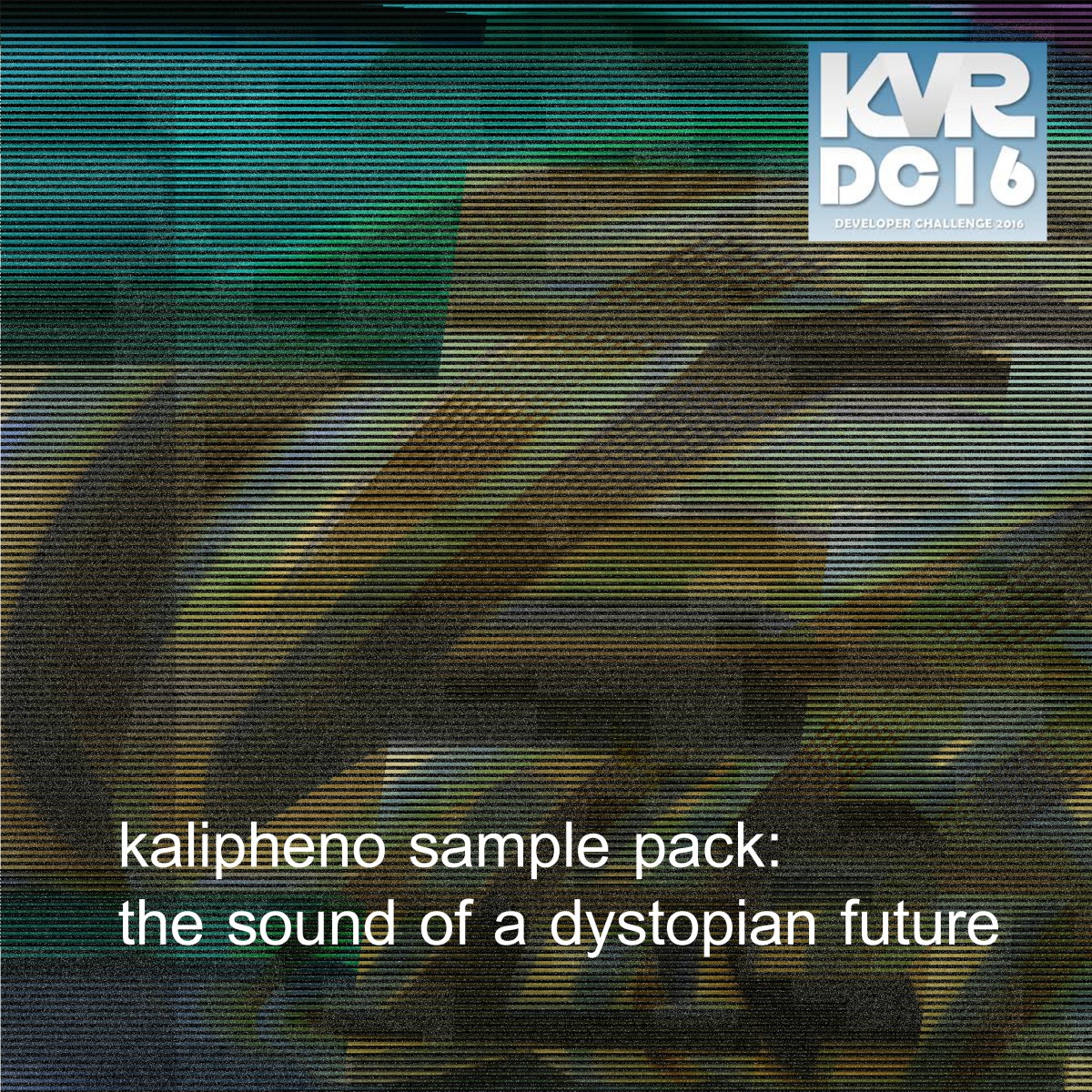 My first thought was how can I do something original? I can’t code, so writing a vst is completely out of the question. Instead I decided to create a sample pack. I was in the process of creating the kalipheno trilogy of EPs with the theme of a dystopian future and needed some glitchy sounds and atmospheres.


I used some field recorded sounds on my phone for this purpose as in the song above and it struck me that I have a lot of these recorded sounds which I often use in my music production which could be used to make a sample pack. Of course I made quite a few more recordings mainly in the local park just in case. This is largely because my phone records sounds quite well but wind and the constant drone of traffic in an urban setting can be a problem. However, I like the fact these recordings are not always pristine because there are often interesting results when I process them which add to the glitchy / dark feel.
I started with some older field recordings and some recordings from children’s toy phones which were severely mangled in a program called Smack my Batch Up by Justin Dolby. This a freeware VST which allows you to load up to 5 vst and process multiple audio files using the same effects chain. It can produce some extreme results with multiple delays and reverbs for instance. These were subsequently processed again in Hollyhock II with ‘grain cloud fx’ and a send/return loop with EQ/compression.
I used a similar process using percussive sounds created in the Ironhead Suite by Ugo Audio, swapping the ‘grain cloud fx’ for Cryogen by Glitchmachines and adding delays into the main signal chain as well as the send / return loop.
This was quite an organic process where I loaded new field recorded sounds and altered the setup by swapping delays, changing settings, using other VSTs such as Convex and Subvert by Glitchmachines and Fog Convolver by Audio Thing. This organic process also used random settings and changes during the recordings resulting in nearly 300 samples in total.
I was really pleased with result and how the workflow panned out, I got a unique set of samples. However, I quickly realised that the downside to this approach is that I haven’t written down what I’ve done very well so had to rearrange the recordings somewhat into the most appropriate category. That’s after I decided what these categories should be. A more methodical approach is something I need to think about for the future.
‘kalipheno – the sound of a dystopian future’ will be available from the 1st December along with many other entries so please take a look because even if you don’t like mine I’m sure you’ll find something exciting and useful for your music.

Review of Electra 2 VST by Tone 2