The 41 entries in the latest KVR Developer Challenge were revealed on December 1st with voting taking place until 18th December.

With the closing of the voting window the votes have been counted and the top 3 entries plus the highest placed soundware entry have been announced. I’m really pleased that 2 of my favourites feature in the top 3, both of which are delay effects because you can never have too many delays, can you? 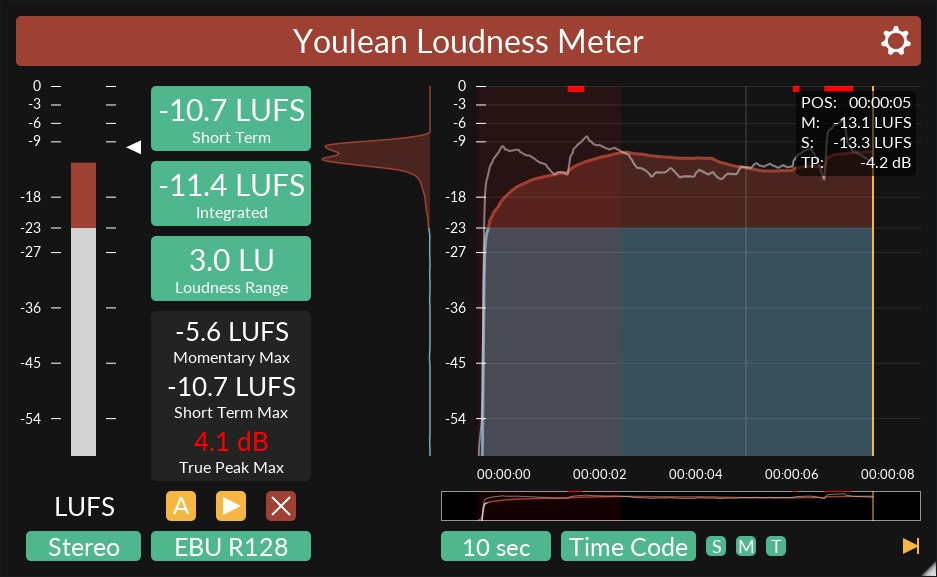 The winner by a clear margin of almost 100 votes was Youlean Loudness Meter by Youlean. This one slipped under the radar in my previous posts, mainly because I use Sensomusic Usine Hollyhock II as my primary DAW which records live and I tend to set the levels before I record and don’t subsequently do any post processing. However, I will definitely try to make use of this because it looks a very capable plugin which has a tidy looking histogram display. It has a feature which enables you to specify a certain part of the track to measure rather than the whole track which I can see could be very useful when I create a mix in Mulab for instance. 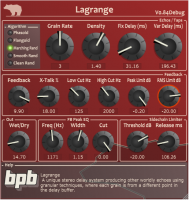 In second place is Lagrange by Ursa DSP. This is a delay effect which uses granular techniques to give some very interesting sounds from metallic chorus effects to droning evolving soundscapes. I’ve had some great results but really need to read the instructions to ensure that I get the most out this effect. 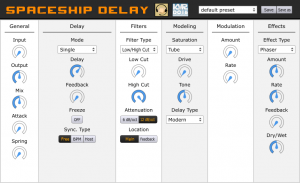 In third place is Spaceship Delay. This is a very capable and fully featured delay which can produce standard delays but also more complex effects with its attack setting, modulation, looper and advanced filtering options.  It comes with an excellent selection of presets which show some of the creative possibilities as well as tutorial files to help you get the most out of the effect. 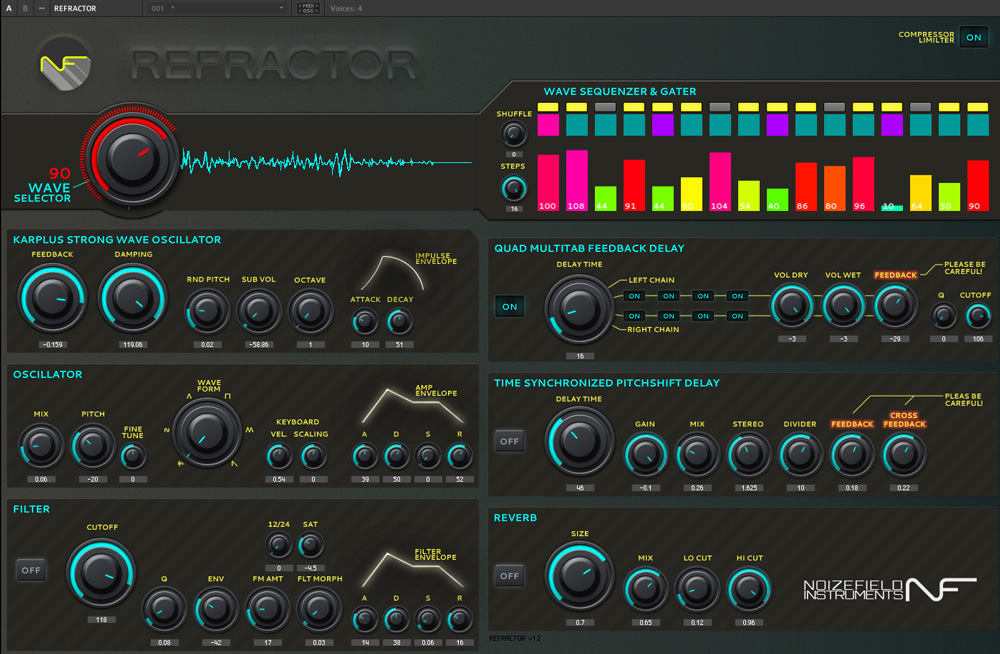 The highest place soundware entry is Refractor by Noizefield Instruments which is a cool looking synthesiser for Native Instruments Reaktor although I am unfortunately unable to use it. It uses Karplus Strong synthesis but instead of a noise impulse it uses sample-wavetables and has several delay lines, filter plus other tweaks which gives some great string type sounds with unexpected twists.

My entry placed 34th out of the 41 entries. I was pleased to be able to produce and submit an entry, as my first submission it was a very useful learning experience. I wanted to produce a full and varied sample pack and I achieved this aim. In hindsight it was too big from a practical perspective because finding a free hosting service for such a large file is quite difficult. Initially I went with Dropbox because I had a free account but I didn’t appreciate that bandwidth limits are really restrictive and for such a large file this limits the number of downloads and the public link was often suspended. Additionally it appears that I cannot find out how many times the file was downloaded either. Many services have a file size limit of around 250 – 500 Mb and/or have time limits for download which is really restrictive for the purpose of this challenge. I found a free hosting service which was suitable for the file and included a link within the text so users had an alternative when the Dropbox link was suspended but this wasn’t ideal because users had to supply an email which I’m sure can be off-putting. Again I’m not sure how many times the file was downloaded.

I still intend to produce future sample packs, these will be a smaller file size to enable easier hosting and downloading. I need to look into more robust hosting solutions that includes download statistics. I’d also like to look into creating VSTs, my coding has never been up to much so I know there’s a lot to learn and a very steep learning curve. Maybe something like Juce would make the process easier?

Guitar pedals. I WANT SOME PEDALS!!!!

Can it really be too quiet? – apparently so…